Meghan and Harry will be in Europe between September 5th and the 8th 2022, having confirmed that they will be attending at the One Young World Summit in Manchester on September 5th, then travelling to Duesseldorf in Germany for an Invictus Games event, as well as attending the annual awards ceremony for  WellChild on September 8th 2022.

The trip to Germany comes one year ahead of the date on which the Dusseldorf Invictus Games are set to start. 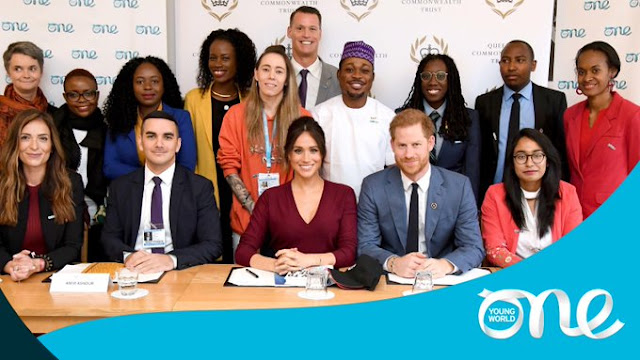 Meghan is slated to give a keynote speech at the opening of this year's One Young World Summit, an event that she and Harry have previously attended.

This year the themes being discussed by the 2000 + young leaders from around the world include:

Participants can attend both in person and digitally.

Prince Harry is Patron of the national UK children's charity WellChild. The organization's mission to to make it possible for children and young people with exceptional health needs to be cared for at home instead of hospital, wherever possible.

There are several categories for the 2022 Awards, such as: Inspirational Child or Young Person, Caring Child / Young Person;  as well as awards for professionals / adults including: a children's Nurse Award, a child Doctor Award and an Outstanding Professional Award give to a professional who has worked above and beyond for children and young people living with serious health needs.

As always it will be great to see Meghan and Harry back in action doing the work that they like best.