Episode 2 of Thomas Markle's new YouTube channel came out a little later than advertised. During the second program he and co-host, photographer Karl Larsen, continued from where they left off last week, basically bad-mouthing Meghan and Harry, with Prince Harry getting most of the attacks this week.

At one point Thomas seemed to walk back comments he made in last week's video, when he said he supported daughter Samantha over daughter Meghan, maybe realising how harsh that had sounded. 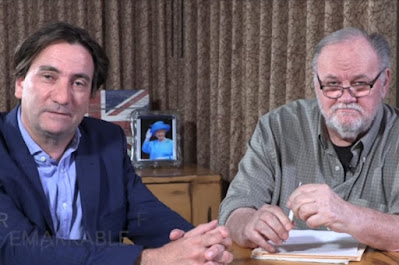 Here's a list of the key points they spoke about this week:

So nothing overly interesting - same old gripping about his daughter and son-in-law.