Samantha Markle filed a law-suit at the Courts in Tampa, Florida today against her half-sister Meghan Markle, alleging that Meghan has defamed Samantha's reputation.

A copy of part of Samantha's complaint that she filed in the court can be viewed here.

The crux of the court case are comments allegedly made by Meghan about her family and her family life during Meghan's interview with Oprah Winfrey in March 2021, watched worldwide by over 50 million people, as well as parts of the written text in the Scobie / Durand authored book "Finding Freedom".

Per her court documents, Samantha is particularly peeved about Meghan (allegedly) saying:

Samantha is claiming damages in excess of $75k for what she describes as lost employment, lost income from sales of her autobiography, emotional and mental distress, including anxiety and fear due to the threatening and violent emails and messages she receives regularly, and harm to her reputation and credibility."

So I read Samantha's book. I didn't like it. I felt it was vindictive both against Meghan and about other female members of Samantha's family. It was also self-published, relying on on-line sales, which could account for the low sales. 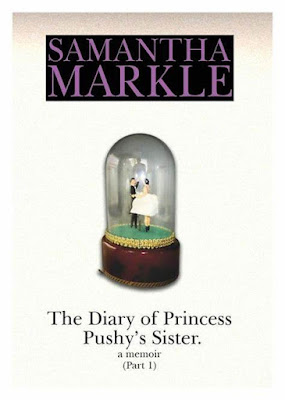 As regards the other claims - well, I would have thought that Samantha through her own antics, (e.g. turning up at the gates of Buckingham Palace insisting she was going to meet with Meghan) and her countless T.V. interviews,  damaged her own reputation way before both the Oprah interview and before publication of Finding Freedom.

No doubt Samantha will get a few paid interviews out of this law-suit and maybe that is the aim?

A response from Meghan's lawyers went something along the lines of "This baseless and absurd lawsuit is just a continuation of a pattern of disturbing behavior. We will give it the minimum attention necessary, which is all it deserves." - Enough said.