Prince Harry shows his Dutch & don's an outfit in the Netherlands' national colour, to promote the upcoming Invictus Games The Hague

Just over a month away from the start of Invictus Games in the Hague in the Netherlands, Prince Harry joined some of the competitors for a fun video where Prince Harry can be seen practicing his Dutch. Harry donned an orange outfit as a tribute to the host nation.

In the short video Harry is seen attempting to speak Dutch! before stripping out of his hoody, donning a bright orange hat and orange shades and saying "Let's Go." 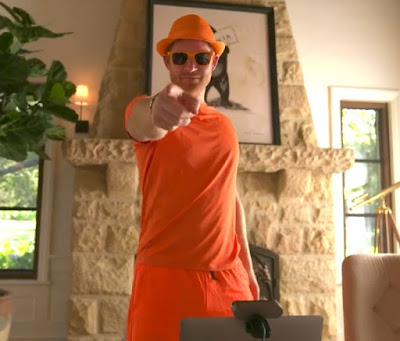 In a statement posted on the Invictus Foundation website it states how Harry was inspired to start the Games after witnessing first-hand how the power of sport can help wounded servicemen and women in their recovery, physically, psychologically and socially.

The Hague (the 5th) Games had originally been scheduled for 2020, but were postponed twice due to the COVID pandemic. The Foundation have been supporting competitors throughout the pandemic in many ways, including through on-line sporting challenges and get-togethers.

This year’s event will bring together more than 500 competitors from 20 nations to compete in a series of adaptive sports, like archery, cycling, swimming, and wheelchair basketball.

Today's statement also pays support to Team Ukraine saying "as we all prepare for The Games, our thoughts are with Team Ukraine, as well as their friends and family. We know many of them are directly involved in the conflict, and as the news first broke, the Invictus Games Foundation offered support. The team members, competitors, and management all chose to stay."

The Invictus Games Dusseldorf 2023 will take place in Germany next year.