Prince Harry is getting into this year's Oscar buzz, meeting up with the Afghanistan Directors and Producers, Elizabeth and Gulistan Mirzaei, whose short documentary "Three Songs for Benazir" has been nominated for an Academy Award. This is the first time that a director from Afghanistan has been nominated for an Oscar in the documentary category. The film can be viewed on Netflix. 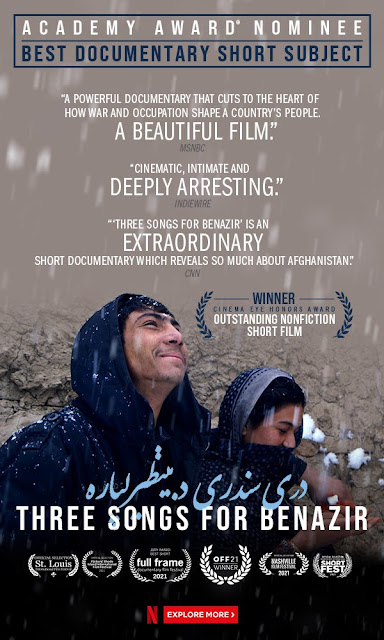 The short story follows, Shaista, a young man who we first meet when he is newly married to Benazir and living in a camp for displaced persons in Kabul. Shaista has a dream of being the first from his tribe to join the Afghan National Army, but his family feel this as not the right career choice for him both as a father and as a person from a poor family.

Without the family signing the registration papers, Shaista cannot join the army and he instead falls back on what the family see as a better and lucrative career of harvesting opium in the poppy fields. We meet up with Shaista and Benazir 4-years later and we see the consequences of that job, seeing how it has affected him, his wife and his children.

Elizabeth and Gulistan Mirzaei posted on their social media accounts that last week they had the "honor and privilege to speak with Prince Harry, The Duke of Sussex about their film.", adding that they felt that Prince Harry's love, and dedication to Afghanistan was truly inspiring and they were so grateful to have had the opportunity to share their story with him. 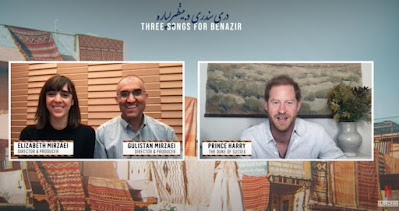 Per their website Gulistan and Elizabeth founded Mirzaei Films to be an indigenous window into modern-day Afghanistan, making films that are recognized for their intimacy, rare access, and how they challenge perceptions of Afghanistan. They are based between California and Kabul and have two daughters together. At the moment, they are working to help their family and friends in Afghanistan.