In case you missed it, this week the UK Daily Mail reporter Richard Eden and others, had the audacity to blame Meghan Markle and her followers for the not so successful 8-day Caribbean Tour by the Duke and Duchess of Cambridge. During the tour the couple have made some PR gaffs and have been met with protests (and lots of adoration) from citizens and visitors in Belize, Jamaica and the Bahamas. 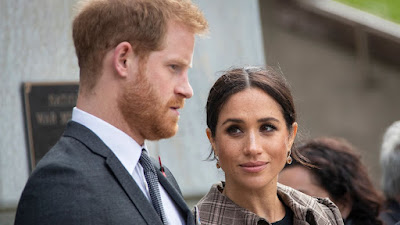 Ahead of the trip, the royal tour was being described as a 'charm offensive', an attempt to dissuade Caribbean nations from following Barbados and ditching the Queen as head of state (whilst still remaining part of the Commonwealth.)

Many of the protests that William and Kate met were by those pro-independence, with other protesters calling for the royal family to pay reparations and to apologise for their role in financing and perpetuating the slave trade. However, to certain members of the UK media these protests became Meghan's fault?

The reality is that the UK media and the Royal Family badly overestimated the influence of William and Kate. Lovely outfits and youthful activities are not enough to sway nations.

In blaming Meghan for the calamities on this royal tour, reporters such as Mr. Eden and Dan Wootton have shown (once again) their true colours, loosing all claims to being objective reporters. Or maybe what they really want is to cause this polarization to end the Monarchy?