The UK BBC have released their 5-part Podcast series titled "Harry, Meghan and the Media" which accompanies the two-part BBC2 TV series broadcast at the end of last year called "The Princes and the Press."

The TV series was somewhat controversial / did not go down well with Prince William and Kate. After the TV series had aired and possibly due to the fact that Kensington Palace staff looked somewhat bad in episode 2 of the television series, Kate and William switched broadcasters for Kate's 2021 Christmas Carol service, switching from the BBC to ITV.

Check out my own Kind thoughts for Meghan Markle Podcasts for more background. 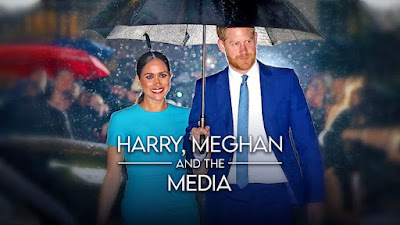