Thomas Markle's 2021 Christmas present to Meghan, Prince Harry, Archie and Lili is to stick the knife in them - again

Thomas Markle just can't let things be. Two weeks ahead of Christmas instead of sending Christmas wishes and good cheer to Meghan, Harry, Archie and Lili, Thomas has given yet another interview to a UK tabloid, once again insulting Harry and disparaging Meghan, the result of which puts his chances of seeing the grandkids this Christmas at 'Zero.' 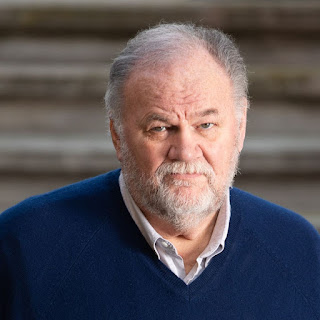 In Thomas's latest interview with Rupert Murdoch's UK Tabloid The Sun , presumable given in exchange for some $$ to top up his pension for this month, Thomas bragged he could take-on ex-soldier and war veteran Prince Harry, saying "he’s a candyass. I’d take him on at my age any time. He’d run away from me.”  Yeah right Thomas.

Of Meghan, Thomas didn't think much of Meghan talking about her humble roots and taking trips to Sizzler's salad bar for the $4.99 salads, but at the same time Thomas did admit that yes, they did go to Sizzler's as well as to other (unnamed) better restaurants.

In talking about the appeal case that Associated Newspapers lost against Meghan, Thomas's disparaged the British justice system as he wanted what he called 'a fair trial' (even though Thomas is not a party to the case and he would likely make a bad witness). He also felt that for a letter to be 'private' it needs to have the words 'private' stamped on it? Thomas says he may just decide to read all of Meghan's letter on a YouTube video - presumably selling advertisements and making more money off his daughter's back.

Thomas ends the interview with his expression of 'love' for Meghan (you have an odd way of showing your love mate) and gives the knife one final twist by saying of Meghan "I hate what she’s become. She’s changed so much.”

Bah Humbug to you Thomas.