What is also a clear trend in the news stories is that the state of the father and son relationship varies depending on what is going on in Harry's life.

When Harry gets good press for what he is doing then we see reports of he and Charles being back on speaking terms - but if Harry gets bad press for something then we get news reports that he and his father are not talking. 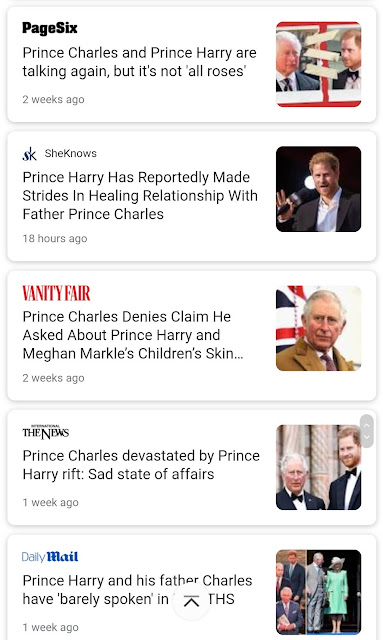 Only Harry and Charles know what the truth is about their relationship - but it terms of the press reports, they just all seem a bit fishy.