In the Google 2021 Year End Review of YouTube trends which includes a list of the most watched YouTube videos in each of various countries around the world, the LA open-topped double-decker comedy skit featuring Prince Harry and James Corden made the top ten list in both the U.K. and Canada. 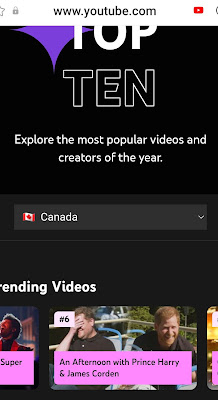 According to Google,  "James Corden’s laugh-filled high tea with Prince Harry that also covered topics such as mental health and his wife Meghan’s relationship with the press, chalked up 27 million views."

Meghan and Harry's interview with Oprah Winfrey also made the Top 10 list of most watched YouTube videos in South Africa, and Pier's Morgan clash about Meghan with GMB host Alex Beresford was also in the UK top 10. 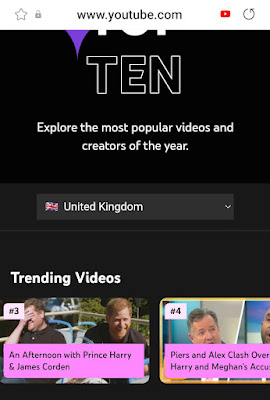 Which Royal 'experts' was it that (wrongly) said Meghan and Harry would fade into insignificance after stepping down as working Royals???

Google say that YouTube has over 2 billion monthly logged-in users – and every day, people watch over a billion hours of video.