In a Question and Answer interview with Fast Company Magazine during which Prince Harry answers questions about his role with mental health coaching company BetterUp , Harry puts forward his thoughts about the giant job resignations being seen in the U.S. and across the world. 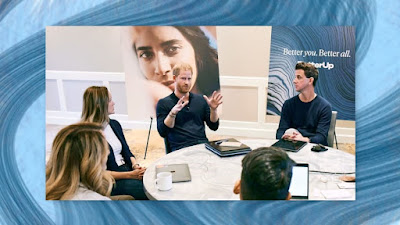 In a recent article by Abby Vesoulis in TIME magazine, it was found that a record-breaking 4.3 million Americans quit their jobs in August 2021 across an array of industries, and at a time when jobs were plentiful. In trying to investigate what was behind this "great resignation" it was determined that there was no single factor driving this behaviour. A range of reasons were behind this behavioural trend including:

You can add to this list other factors such as:

Prince Harry feels that the resignations we have seen over the last year or so are a reflection of underlying issues that have been brewing for some time, and that COVID brought these to the foreground. Harry feels that people are finally paying attention to their mental health.

Harry said that in conversation with BetterUp board member Adam Grant, he came to the realization that job resignations are not necessarily bad for individuals, and are a sign "of self-awareness and the need for change."

Harry added that many people were stuck in jobs they did not enjoy and they are now putting their mental health and happiness first. Harry said this 'is something to be celebrated.'