On what is World AIDS Day 2021, in his role as the Founding Patron of the African non-profit Sentebale Prince Harry wrote to the Secretary-General of the United Nations and to the Executive Director of UNAIDS, firstly to thank the scientific community for their tireless work in the treatment of AIDS and secondly, again urging for fair and equitable access to COVID-19 vaccines and treatments.

Prince Harry wrote that 40 years on, his mother would have been deeply grateful for all the good work that has been accomplished in dealing with the HIV/AIDS pandemic. However, Harry writes of his despair that lessons from AIDS have not been learned and the same issues regarding inequitable access to AIDS treatments are now being seen when it comes to COVID-19, with Harry saying the risk of repeating the same mistakes when it comes to sharing COVID treatments is 'destructive and self-defeating.' 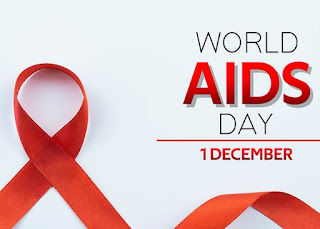 Prince Harry says that the scientific community predicted the emergence of new variants such as Omicron, due to not having more people around the world vaccinated.

Prince Harry noted that the World's leading AIDS activists are also leading the call for COVID-19 vaccine equity, with Harry saying that 'vaccinating the World is a test of our moral character' something which the world is failing at right now.

The Un Sec-Gen, Dr. Tedros Adhanom Ghebreyesus issued a statement on World AIDS day in which he also asked for universal access to healthcare, saying that this will ensure equal access to HIV prevention, testing, treatment and care, including COVID-19 vaccinations and services.

The full text of Prince Harry's letter is below: 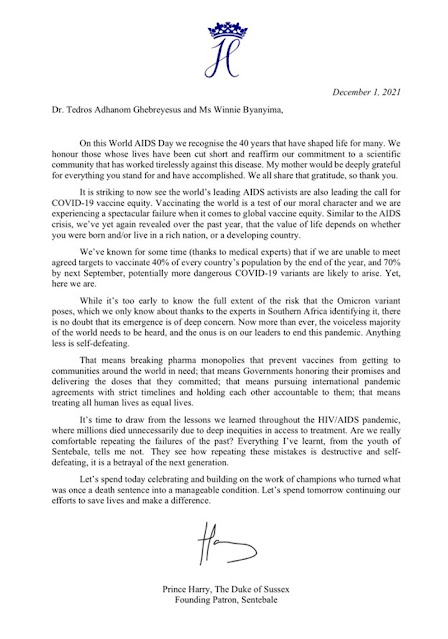 Sentebale supports the mental health and wellbeing of children and young people affected by HIV in Lesotho and Botswana.