It appears that Meghan's court case against Associated Newspapers may be ended or coming to an end. Whilst there has been no formal announcement, in tomorrows (December 26th 2021) edition of the Mail on Sunday newspaper, the front page contains a statement that partially meets the order made by the Honourable (now Lord) Justice Warby when he found in Meghan's favour.

Justice Warby had ordered that a statement be printed on the front page of the UK Mail on Sunday for one edition, as well as in the MailOnline website for a period of one week, declaring that Meghan Markle had won her breach of copyright court case. The newspaper had delayed printing these statements during the course of their appeal to the Court of Appeal. The Court of Appeal recently confirmed judgment in Meghan's favour. 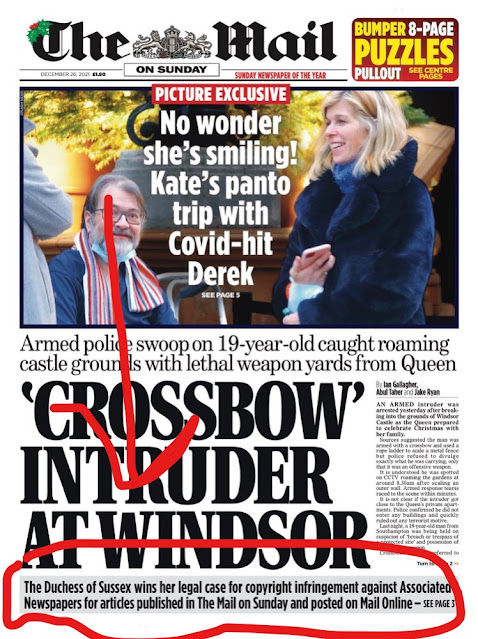 Let's now see how things develop in terms of a formal statement on this issue, and if the case is over, news about the damages that are to be ordered to paid by Associated Newspapers to Meghan.