Does Thomas Markle Snr. (now) understand the trouble that he has caused to Meghan, Harry, and to the Royal Family?

Reading the emails and text messages that Meghan Markle sent to her former communication aide that led up to Meghan letter's to her father, in which she pleaded for Thomas to stop talking to the press, I wonder if now, over 2 years later, Thomas Markle Snr. finally understands the trouble he has caused. For someone who worked in TV and understands about public relations, he surely shows an acute lack of insight.

The Royal Family individually and collectively, are also somewhat responsible for the current mess. From Thomas' pre-wedding paparazzi photos to his continuous stream of interviews to the press, it should have been obvious to the Royal Family that they needed a media expert to handle the 'Thomas' issue. 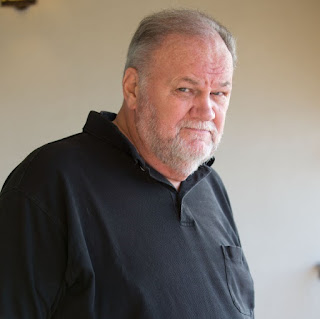 As we know, the UK Court of Appeal has just heard arguments in Associated Newspaper's appeal against Meghan's win for breach of privacy and copyright, arising from the UK Daily Mail / Mail on Sunday printing extracts of a private letter from Meghan to Thomas. As part of the appeal, members of the UK press requested and were permitted by the judge, disclosure of a string of text messages and emails between Meghan and her former Royal staff member, Jason Knauf. Meghan consented to the release of these and in fact she consented to the release of the full string of communications. Mr. Knauf and Associated Newspapers, for some unexplained reason about which we can only speculate, had not included all of the messages in their court documents.

Reading these communications and also between the lines of their content, it seems that Meghan felt pressured to write, without much hope of success, to her father to ask him to reframe from giving press interviews, wanting to protect Prince Harry who Meghan says was getting heat from his father (and also possibly from the Queen) about the amount of negative commentary that Thomas was making about the Royal Family.

Meghan comes across as a newly wed wife, trying hard to fit in with her new-in-laws (Royalty at that), with Meghan seeking and taking the guidance of Harry's family and palace staff.

The internal communications only became available as new evidence in the Court of Appeal case after Mr. Knauf decided to step in and give evidence against Meghan. Mr. Knauf, Harry and Meghan had a reported falling out and he stopped working for them, after Mr. Knauf make accusations that Meghan had bullied some of her palace staff, something Meghan and Harry vehemently deny. Mr. Knauf went on to work as an aide for Prince William and Kate prior to moving to work for their Royal Foundation. He leaves their employment at the end of 2021.

The latest disclosures don't do Mr. Knauf or Thomas any favours and may actually backfire on them:

When you read all the newly released communications between Meghan and Mr. Knauf in their entirely, a different picture emerges than the spin that certain UK tabloids have been reporting. And Thomas, just because you can speak to the media does not mean you have to.....