Prince Harry urges us to support Re:wild and sign a petition - #SaveTheOkavango River Basin in Africa

Prince Harry has joined forces with local residents, activists, and the international conservation community in project Re:wild, asking people to sign a petition to demand an impartial and public consultation on oil exploration and drilling in the Okavango River Basin which spans parts of Namibia and Botswana in Africa. 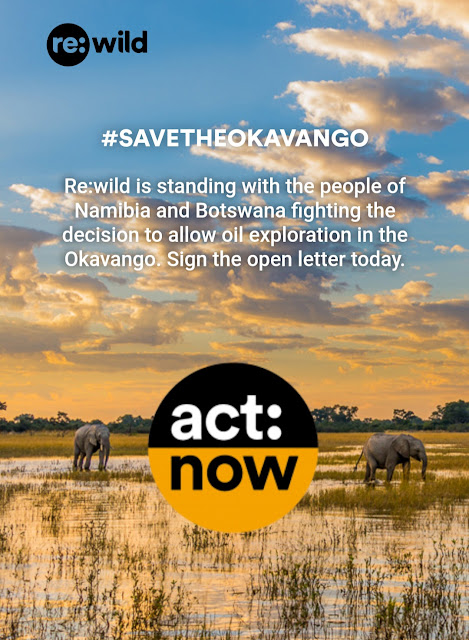 The exploratory oil work is being arranged by Canadian firm ReconAfrica. Local residents, including many indigenous people who have long lived in this area, are concerned about the effect of this oil work on their water supply on which their lives depend, and the effect on the ecosystems that support the income of tens of thousands of people and serves as home to endangered wildlife. The Okavango Delta, is a UNESCO World Heritage site and Key Biodiversity Area.

The open letter that Prince Harry and others are asking people to sign, calls for an immediate moratorium on oil and gas drilling while an independent and impartial public commission takes place to examine the effects of oil exploration on these communities.

The petition further asks the governments of Namibia and Botswana to consider investing in alternative green energy as opposed to oil and gas.