Journalists Maria Ressa and Dmitry Muratov have won the 2021 Nobel Peace Prize for their fights to defend freedom of expression in the Philippines and Russia. In October of 2020 Ms. Ressa took part in a TIME 100 Talks Interview - 'Engineering Change' that was curated by Meghan Markle and Prince Harry.

A link to this interview is here. 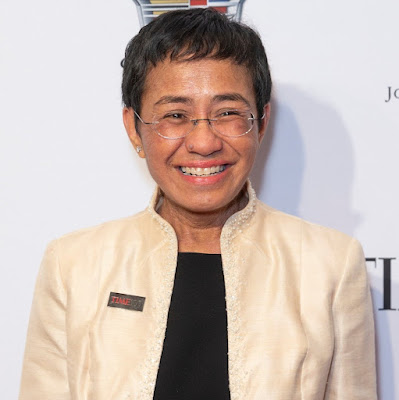 Both journalists are known for investigations that have angered their countries' rulers, and they have both faced significant personal threats and / or legal actions against them.

Ms. Ressa, who co-founded the news site Rappler, was commended by the Nobel prizegivers for using freedom of expression to "expose abuse of power, use of violence and growing authoritarianism in her native country, the Philippines." She is known to speak strongly against fake news.