People and organizations with a Meghan and Harry connection - specifically CAMFED, chef José Andrés and his World Central Kitchen (WCK), and Gloria Steinem, were among this years winners of Spain's prestigious Princess of Asturias Awards. The awards are a series of annual prizes awarded to individuals, entities or organizations from around the world who make notable achievements in the sciences, humanities, and public affairs. 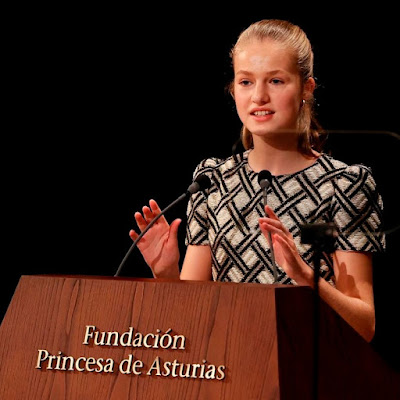 The jury that decides the Princess of Asturias Awards awarded Chef Andrés, who was born in Spain before moving to the U.S.,  and WCK the non-profit group he founded the Award of Concord for “offering extraordinarily fast and efficient on-the-ground response to social and nutritional emergencies.”

CAMFED, the organization promoting girls and women's education in Africa, won an award for International Cooperation.

Gloria Steinem won the award for Communication and Humanities for her work as a journalist, for the work she has done as a prominent member of the American feminist movement, and in acknowledgement of her activism for equal rights.

Each award recipient received a monetary prize of 50,000 euros ($56,700). Chef Andrés said he would donate his prize to the Spanish people of La Palma, who are still suffering displacement from their homes due to the on-going volcanic explosion on the island.