On September 20th 2021, the Government of Angola signed a Memorandum of Understanding (MoU) with conservation organization African Parks, of which Prince Harry is President, to develop and enter into a significant 20-year  management agreement for the rehabilitation, management and financing of Luengue-Luiana and Mavinga National Parks in Angola.

The signing of the MoU was conducted by the Minister of Foreign Affairs, H.E. Mr. Tete António, in the presence of H.E. Mr. João Lourenço, President of Angola, and by Mr. Peter Fearnhead, CEO of African Parks. 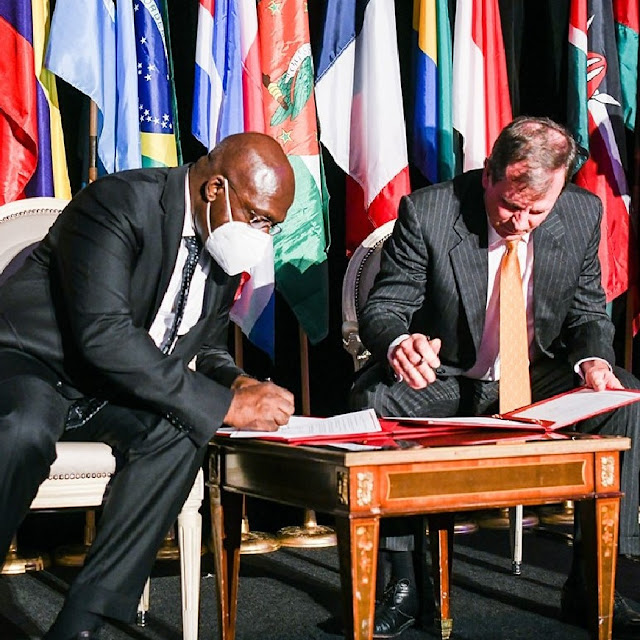 The memorandum between the Government of Angola and African Parks follows an initial long-term agreement made in December 2019 whereby African Parks committed to the management of Iona National Park to restore the landscape for the benefit of people and wildlife.

African Parks takes on the long-term management of protected areas in partnership with governments to protect wildlife, restore landscapes and ensure sustainable livelihoods for local communities. They assume complete responsibility and are accountable for all aspects of protected area management including biodiversity conservation, law enforcement, community development, sustainable financing, infrastructure, and overall governance.

On September 24th 2021, on the second day of Prince Harry's and Meghan Markle's working visit in New York City, Prince Harry met with the Angolan President. It is said that the pair discussed various issues including demining and conservation matters. Prince Harry had met with the President back in 2019 during his and Meghan's Royal Tour of Southern Africa.