Day 2 of Meghan and Harry’s working visit to New York City started off with a visit with some of the City’s young children with Meghan and Harry receiving and dispensing lots of hugs. 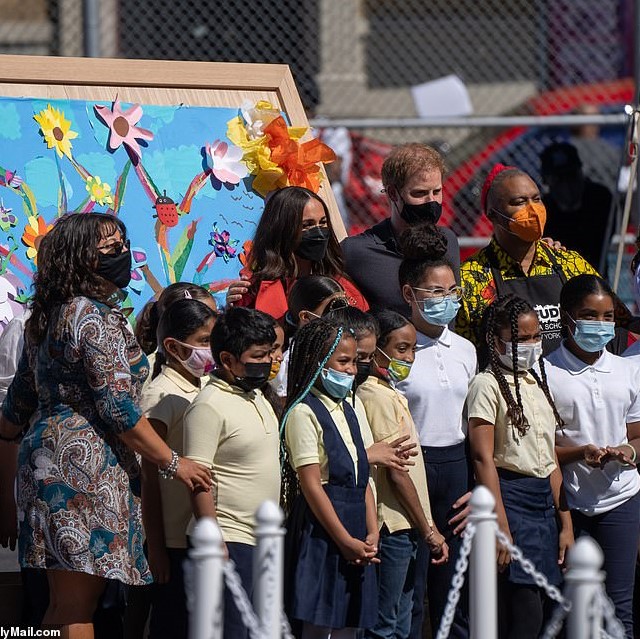 The couple joined New York City Schools Chancellor Meisha Porter at the P.S. 123 Mahalia Jackson Elementary School in Harlem. The stated aim of the visit was to promote early literacy. The school is made up of multiracial children predominantly black and Hispanic children with only 3% of the approximately 400 enrolled children identifying as being white.

Meghan and Harry’s visit mostly took place outside in the sunshine on the playground and under a marquee. Meghan and Harry viewed a flower power mural painted by fourth and fifth grade pupils. The school children swamped Harry and Meghan reaching out for hugs from them both. 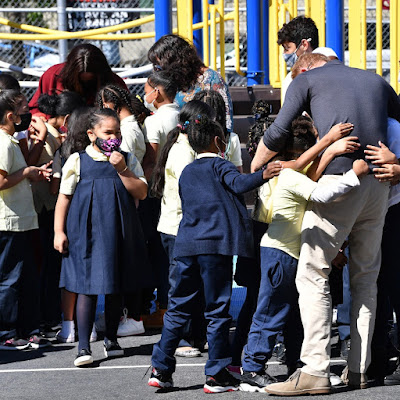 Meghan read her book The Bench to a group of mainly 2nd Grade schoolchildren gathered outside. Prince Harry joined the kids on the ground, sitting among them as Meghan read. 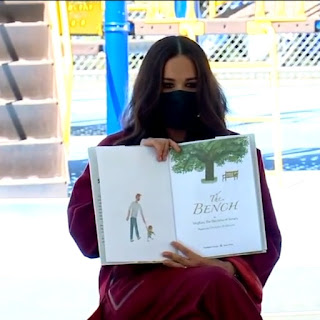 Meghan and Harry had been shown around the school by Principal Melitina Hernandez. Meghan and Harry donated two garden boxes filled with vegetables and herb planters to support the school's ongoing community efforts and support the need for fresh food. Through Meghan and Harry's Archewell Foundation's partnership with Proctor & Gamble, they are also providing health products for families at the school as well as a washing machine and dryer for students' uniforms.
Listen to my latest podcast to hear more