Prince Harry and his Invictus Games Foundation have tweeted a message following events occurring in Afghanistan, with the Taliban taking over full control of the country after the US and other countries withdrew their armed forces. The Invictus Foundation speak to the bond that many worldwide participants of The Invictus Games have formed through their past military service during this conflict over the past 2 decades.

The Invictus organization and its leadership team are encouraging veterans to reach out and support each other at this time. Many veterans from countries all over the World have been impacted by disabling mental and physical injuries inflicted as a result of the Afghanistan conflict and / or have lost friends and family. 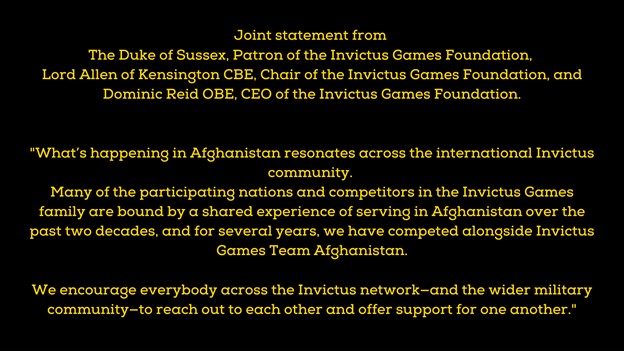