Prince Harry rekindles his connection with UK patronage WellChild UK, and gives a speech from his heart

Prince Harry made his first engagement after clearing UK COVID quarantine a very special one, appearing at the annual Award Ceremony for his patronage WellChild UK a national charity for seriously ill children. The children and the caregivers that Harry has met since he started working with the charity in 2007 have always been special to him, more so now that he is a father of two. 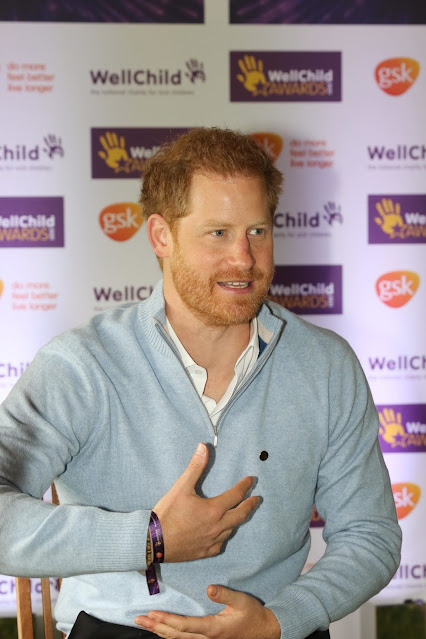 Harry told guests that he wasn't a father when he first started working with WellChild, saying he didn't need to be a father to feel the impact of the work being done by the charity. However, now as a dad he feels more connected, 'inspired and awed' by the resilience of the families who face incredible challenges. Harry added that he could not be prouder to meet this year’s WellChild Award winners, and to thank the nurses and doctors for all they do, and to celebrate the amazing families.

The 2021 awards were held at a private garden party at Kew Gardens, in London which was socially distanced and followed Covid guidelines. Afternoon tea was served and UK singer songwriter Ed Sheeran and other celebrities were present!

Prince Harry met each winner in turn to congratulate them as they received their Award before having a chat with all the winners and their families to hear how they have been supported by WellChild over the past 18 months.