The CEO of a conservation streaming service that Prince Harry helped to launch, has produced an Oscar Winning documentary

Ellen Windemuth, the Executive Producer and CEO of the conservation streaming service WaterBear, a service that Prince Harry helped to launch in 2020, is the executive producer of "My Octopus Teacher" the Oscar 2021 winner in the Best Documentary Feature category. 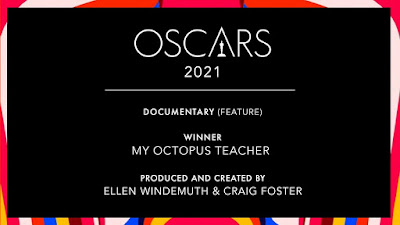 The documentary was co-produced and created by South African environmentalist Craig Foster and was directed by Pippa Ehrlich.

According to an Associated Press article, the documentary took 10 years to make and started when Foster wanted to "rekindle his connection with nature by observing an inquisitive female octopus while free-diving near Cape Town."

Foster follows the creature through the ups and downs of her short 18 month life-span and captured this all on film.

The film was released in September 2020 and can viewed on Netflix. The documentary had already won several other awards prior to the Oscar, including a BAFTA and a Director's Guild of America Award.