The Archbishop of Canterbury,  the Most Reverend Justin Welby, who married Meghan and Harry back in 2018, has commented that the lives of members of the Royal family, due to the public's unrealistic expectations of them, is like living 'life without parole.'

Mr. Welby, in speaking with the UK Financial Times newspaper, said that the public expected the Royals to be "superhuman". He empathized with the Royals saying their lives and actions are constantly followed and scrutinized. 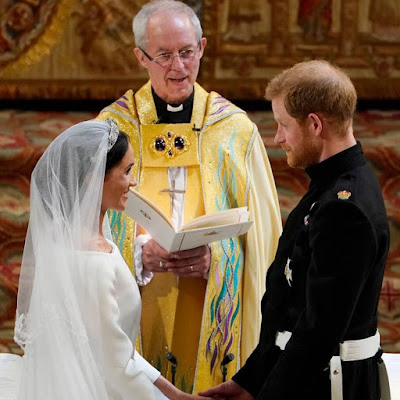 Mr. Welby said that even back in the 1930s, to the time of the Queen's Uncle King Edward VIII, Edward was still treated like a celebrity and followed everywhere even after he had abdicated.

These comments would seem to support what Prince Harry told Oprah in his sit down interview with her and Meghan, when Prince Harry said that he felt trapped in the Royal Family.