We were told that Prince Harry's legal case had settled? And now it REALLY has.

A statement for Prince Harry has confirmed that his defamation case against Associated Newspapers has now officially settled.

At the end last year a retraction was issued by the newspapers and readers were informed that the newspapers (The Mail in Sunday and Mail On-Line) had made a donation to Prince Harry's Invictus Games. Appears we were being misled and that the donation was allegedly NOT made.

All is now well. Prince Harry will donate what he describes as his 'significant damages' directly to his charity. 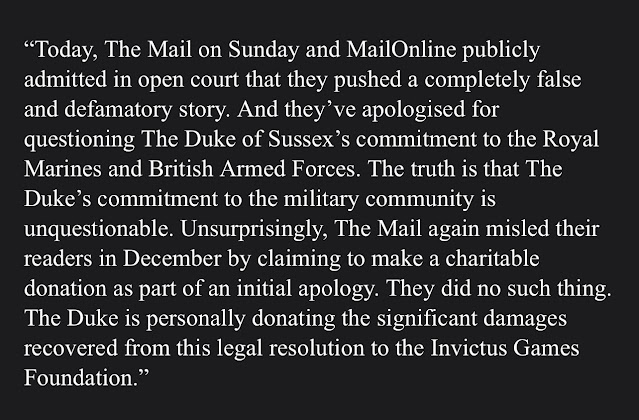