Is the Oprah Interview the cause of Meghan's and Harry's loss of Royal Patronages?

A tweet by author and Royal editor Omid Scobie on his twitter account today appears to suggest that the reason for the sudden announcement by Buckingham Palace that Meghan and Harry would not be returning to work for the "Firm", and the relinquishments of their Royal Patronages etc. was due to the fact Meghan and Harry agreed to an interview with Oprah. 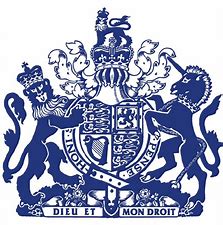 The announcement by the Palace last week was made suddenly and was likely unplanned, as evidenced by the fact that at the time of writing this post Meghan and Harry are still included on the Royal Family website and their lists of Royal Patronages have not been updated. Also, members of the Royal Family such as the Queen and the Duke and Duchess of Cambridge continue to follow the inactive "Sussex Royal" Instagram account.

As Mr. Scobie points out, the hypocrisy of this action, if this is the case, is that other members of the Royal Family have given TV interviews, and members of the Royal Family and Royal staff are renowned for tipping off the press and releasing private information to the press as confidential or secret 'sources'. Just take a look at the UK newspaper headlines over this past weekend where Prince William is said, according to "sources close to him", to be "sad and shocked" by recent events.

Here is what Omid Scobie tweeted:

Omid Scobie
@scobie
Outrage over a TV interview only to follow up by briefing private family details and innermost thoughts via anonymous source quotes to the national press. Please make it make sense.
12:01 PM · Feb 21, 2021·Twitter for iPhone