Prince Harry recently issued a libel suit against UK Associated Newspapers, the same group that Meghan has sued. Harry's case has been quickly settled by Associated.

Harry sued following reporting by the newspaper that claimed Harry had lost contact with the UK Royal Marines. Harry had been Captain General of the Royal Marines, a title he was very disappointed to lose when he and Meghan stepped back as senior working Royals. The newspaper article made it sound like Harry had snubbed his former colleagues.

In a swift response, Associated have settled Harry's case with a printed correction and with a donation to Prince Harry's Invictus Games Foundation. 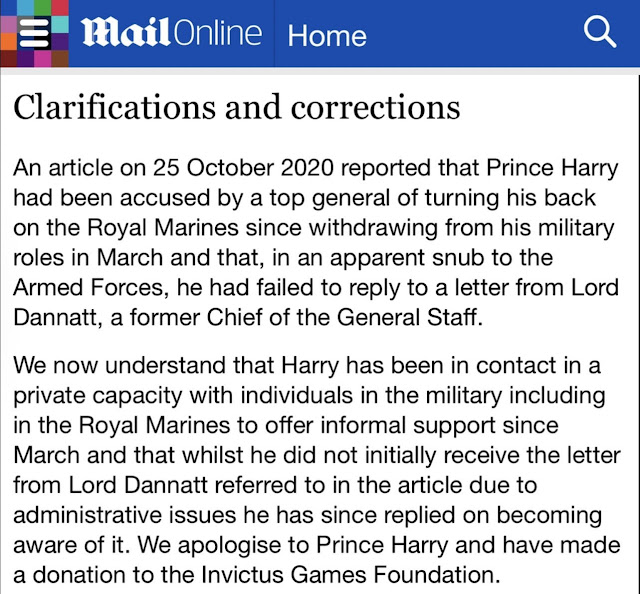