Thomas Markle is not viewed by Judge as an "Important Witness" in Meghan's UK Court case.

According to an interim judgment released today by UK High Court Judge, Justice Warby, Thomas Markle's evidence in the trial of Meghan against Associated Newspapers Limited will only be of minor importance.

The judge's comments were made to defence counsel on submissions made by them for Associated Newspapers, that Mr. Markle wanted the trial to go ahead sooner rather than later as he was finding the process 'stressful'. They described Thomas as an 'important witness' and as someone wanting to be able to give his reasons as to why he brought the letter to the newspaper to be published in the first place. 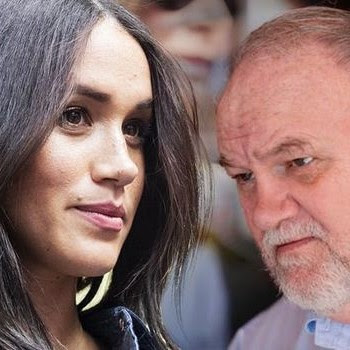 The judge asserted that the respondent newspaper had previously argued that Thomas's state of mind and motives were irrelevant to the case, and now they seemed to be arguing just the reverse. (The newspaper accused of doing a flip).

This is a big hint to us that the motives behind the publishing of the letter may turn out to be largely irrelevant in the court case, a blow to how the newspaper has been 'selling' the story.

The newspaper, through their media coverage, have made much of the fact that Thomas felt he had to hand the letter over to be published as he felt he was badly portrayed in an article published in People magazine.

The judge indicated in this most recent decision that he did not see, based on the law underpinning the case, how Mr. Markle's thoughts and feelings came into play, and if they did, would be a 'relatively minor aspect of the case overall.'