Prince Harry quietly goes about his business in Compton, LA.

While the world's media were seeing red over the 'Wreath Saga' that surrounded the Royal Family this past Remembrance Day, Prince Harry showed that actions talk louder than words when he quietly volunteered with the Walker Family Events Foundation (WFEF) a non-profit supporting veterans in Compton, LA.

Per the WFEF website the foundation was founded in 2019 by a husband and wife team using donations from sponsors, donors and is partially funded by a portion of proceeds from their family-owned business, an industrial supply company. 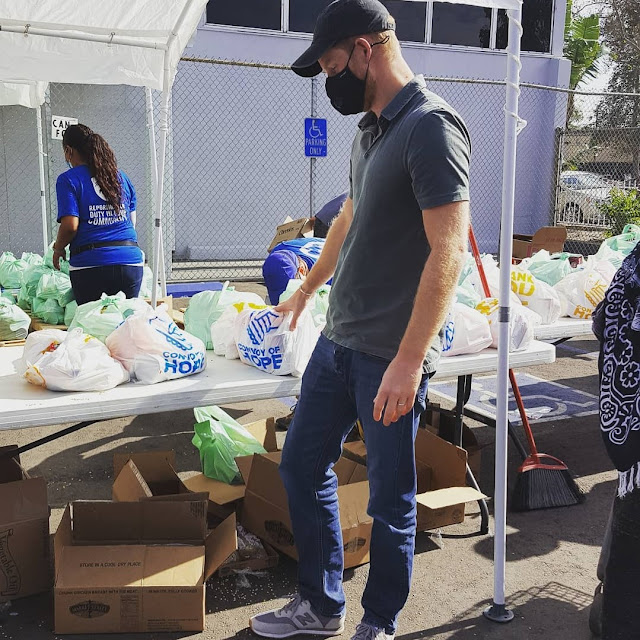 Wife, Tia, describes herself as a lifelong resident of Compton, who has always "had a strong desire to see economic, social, and educational opportunities made available to the Compton community and other marginal communities in Southern California, as well as across the country." Her husband Dan is on board too, donating his time and construction skills in the service of other.

Tia describes having a passion in helping veterans. The non-profit have an arm called "Patricia's Project" named in tribute to Tia's late mother, a U.S. Air Force veteran.