Meghan and Harry make headlines on both sides of the Atlantic - they Both mention the "V" word. 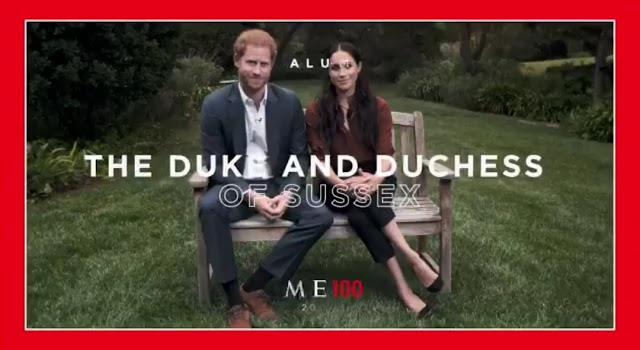 As they spoke you could hear the china cups and saucers breaking all over the UK and coffee cups being smashed in the US. Why? Meghan and Harry both mentioned the "V" word. They certainly got everyone's attention including President Trump's.

Also, check the background during the video to see one of the pet dogs photo bomb the clip.