July 1st, 2020 may turn out to be a damaging day for the British Monarchy.

Prince Harry has spoken of institutional racism and unconscious bias, and whilst Harry did not accuse the Monarchy of such behaviours you can’t but wonder. Especially, as on this same day we learned that in court papers filed by Meghan in her suit against Associated Newspapers, she has pled how she felt unprotected by the "institution" and alleges she was 'prohibited' (presumably by said institution) from defending herself against untrue media stories when she was pregnant with Archie. Meghan states that this caused her emotional distress and damage to her mental health.

A thoughtful article was published online today, on what would have been Princess Diana’s 59th birthday, by Australian royal expert Daniela Elser . Ms. Elser compares the mistakes that the Queen made in handling the aftermath of the divorce of Princess Diana and Prince Charles, and the same mistakes being made now in handling Meghan and Harry's exit as senior working royals. Ms. Elser notes that even after her divorce Diana continued to attract, and Meghan and Harry are still attracting, worldwide media interest. So, if the royal family want to benefit from Meghan and Harry’s 'superstar power' the Queen / palace officials should work at making them feel welcome members of the family, rather than making them feel unwanted, unloved, and isolated. 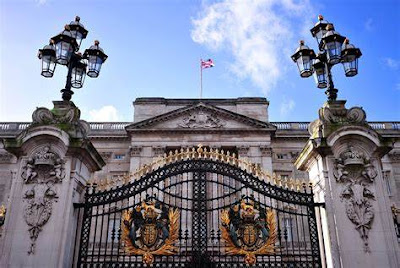 Palace officials need to take stock. The public mood is changing dramatically right now. There is a lot of support for the Black Lives Matter movement and the #StopHateForProfit campaign. Multinational corporations and other businesses are rushing to put out statements to acknowledge that they will no longer accept or been seen as supporting discriminatory behaviours. Silence is not enough. Unfortunately, Buckingham Palace does not seem to be getting this message.

Some might argue that the Royals are right to stay out of the fray and not be political. But this is no longer going to cut it. The world is changing fast and the royals need to change with it or risk becoming obsolete. At the very least, members of the royal family need to acknowledge the concerns of people in the UK and around the Commonwealth. At the very least the monarchy needs to acknowledge that they have heard the demands that are being made for change. Palace officials can start by looking at how they integrated Meghan into the Royal Family, they should apologize for the way she was made to feel, and they should consider how they can do better.