British Vogue's 'Forces for Change' edition which was guest-edited by Meghan Markle, won the Diversity Initiative of the Year prize at the 2020 Professional Publishers Association (PPA) Awards

British Vogue's September 2019 'Forces for Change' edition which was guest-edited by Meghan Markle, has won a diversity award.

The publication that Meghan created with Vogue Editor Edward Ennisful OBE , won Conde Nast Publications the PPA Diversity Initiative of the Year Award. The judges stated that they were impressed with Vogue's efforts to use their position to champion diversity. Their publications and campaigns consistently drive for inclusivity and positive change in the industry. One judge commented that the forces for change issue felt like a “genuine media ground-breaking moment”. 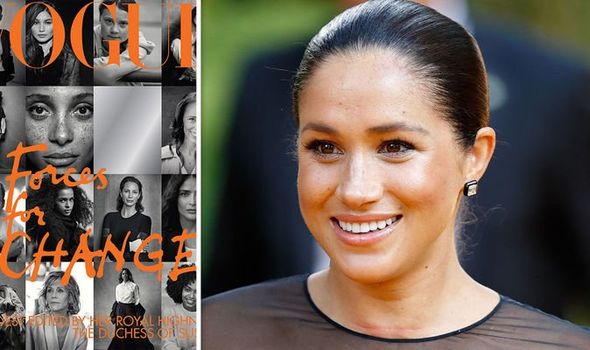 The judges stating that they were blown away by how Edward has transformed British Vogue to represent a new generation in fashion and celebrity world. Adding that Edward continues to change and challenge the cultural conversation, championing diversity in both fashion and the arts in general. Judges described him as a true mover and shaker, a key player on the British scene with a magic touch. A true editorial mastermind.

Taking to Instagram, Edward Enninful has posted: 'I'm truly humbled to have been awarded Consumer Editor of the Year at the PPA awards.' Adding: 'I'm also thrilled to say that British Vogue's September 2019 issue – guest-edited by the inimitable Meghan, The Duchess of Sussex– has won Diversity Initiative of the Year.

This year marks the 40th anniversary of the PPA award. Per the PPA Awards website  each year they celebrate and recognise the inspiring and tireless work that publishers, agencies and partners do to ensure that the publishing industry continues to thrive.