Since the Grenfell Tower tragedy in June 2017, the kitchen and canteen at the Al-Manaar, Muslim Cultural and Heritage Centre have become one of the facilities frequently used by the survivors and the wider community from North Kensington. 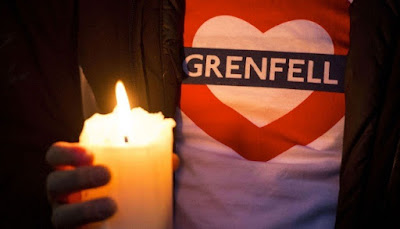 une 14th marks the 3rd anniversary of the Grenfell tragedy.

From a tragic fire grew a community kitchen that continues to offer love and support to their community. The Hubb Community Kitchen is a group of women who have come together to prepare fresh food for their local community. After being displaced following the Grenfell tower fire, some of the local women needed a place to cook fresh food for their families.

They began to use the kitchen at the Al-Manaar. They all shared the kitchen, preparing food and eating together.  Word spread and more local women began to join in, embracing community and supporting their neighbours in their time of need. Soon there were women from different cultures all cooking, swapping recipes, talking, and laughing. As they cooked, they began to connect, heal, and look forward, and have continued to cook together.

Their love of food and their desire to expand their work in the community led to the creation of the fundraising cookbook "Together". The introduction to the book was written by the Duchess of Sussex, who, while living in London, was a frequent visitor with the women at the Kitchen.

Hubb means ‘love’ in Arabic.  The women of the Hubb Community Kitchen describe it as a place of good food, love, support, and friendship.