In a speech that she probably would not have been permitted by Palace officials to make if she were still a 'senior working royal', Meghan Markle has given a video speech to the 2020 graduating class of Immaculate Heart High School in LA supporting Black Lives Matter.

In her own words, saying the wrong thing or being criticized for what she said, was better than saying nothing. She needed to put other's needs above her own fears. 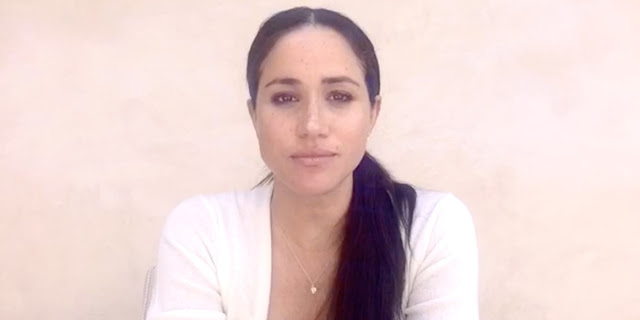 The speech is articulate, powerful, uplifting, and very much on-point.

Meghan expresses being disappointed at the world the graduates are entering, with racial tensions high once again all around the world, ones she herself experienced growing up in LA. She also speaks of her belief that the graduates will do better. That they will join a movement to work with others in their communities to rebuild a better world - and she encourages them to Vote. Click here to the Harper's Bazaar UK link for the entire speech.

Even (forever critical of Meghan) Piers Morgan has supported her. The T.V. host of Good Morning Britain urged President Trump to follow Meghan's example and to empathize with the American people.