The story behind the Duck! Rabbit! story that Duchess Meghan read to Archie during his 1st Birthday video

Thanks to the UK's Evening Standard newspaper for publishing this article about the story behind the Duck!Rabbit! story that the Duchess of Sussex chose to read to Arch during yesterday's Save the Children fundraising video. The video's release was timed to coincide with Archie's 1st birthday.

Here is Laura Hampson's  article published in the ES

The book, which was originally published in 2009 and written by Amy Krouse Rosenthal and Tom Lichtenheld, is based on the 100-year-old duck-rabbit optical illusion. 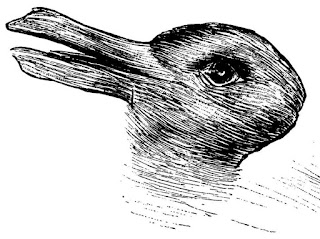 The research concluded that the quicker the participant can switch between the two, the faster their brain works and the more creative they are.