U.K. media are reporting that Meghan and Harry are behind the recently filed application with the United States Patent and Trademark Office under the name Archewell.

In viewing  that application, number 88818790, you can see the different classes of activities that Meghan and Harry are hoping to have protected under this name, for example charitable services, books, clothing, films, podcasts, TV shows, fundraising services, organizing and conducting support groups for persons in need, websites and other dissemination of information.

Per the twitter account of Royal Editor Omid Scobie and in a report in the UK's Telegraph newspaper, the choice of the name "Archewell" came from the idea of ‘Arche'. Meghan and Harry are said to have connected to this concept for the charitable organization that they hoped to build one day, and it became the inspiration for their son’s name - Archie. 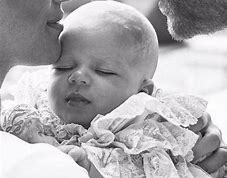 Arche is a Greek word with primary senses "beginning", "origin" or "source of action", and later "first principle" or "element". By extension, it may mean "first place, power", "method of government", "empire, realm", "authorities", "command".