Continuing the work for his sustainable tourism project Travalyst that the Duke of Sussex launched in September 2019, Harry arrived in Edinburgh, Scotland suitably by train from London, to assess how the initial work is coming along. 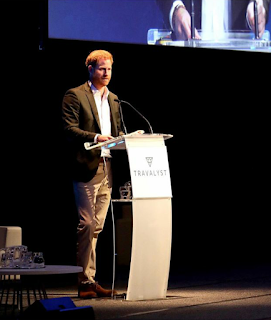 His project builds on our desires to make lifestyle choices that are more environmentally friendly, in this case aiming to make us more aware of the impact on the environment when we travel for holidays. The aim is not to stop us going on holidays but to travel better. Many of the big names in the travel industry are part of the project.