British Vogue’s Forces For Change issue in September 2019 is being described by the magazine as having been ground-breaking in many ways.

Guest edited by the Duchess of Sussex with editor-in-chief Edward Enninful, Vogue has revealed that the edition was the fastest-selling in British Vouge's 104-year history, selling out in 10 days!

Today, the magazine and the Duchess of Sussex on her @sussexroyal account released a previously unseen video filmed at Edward’s home in London, showing Meghan and Edward talking about the story behind the Force for Change edition and also showing them calling some of the women who were chosen to grace the front cover. See Vogue UK and Meghan Markle @sussexroyal behind the scene. I love the clip of the video in which Meghan and Edward don celebratory hats and blow paper trumpets as they talk of a job well done! 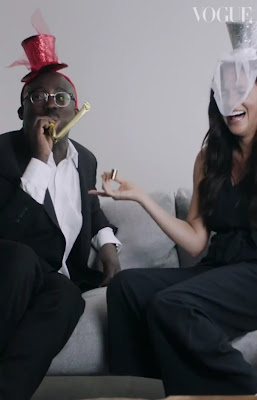