Following yesterday's press announcement by Meghan and Harry that they are stepping back from being senior royals the media has been going gaga over the decision and its implications.

What comes out is that the form of their new roles within the royal family (there is no talk of them being 'kicked out') is still being discussed by the Queen, Prince Charles and Prince William. My take on it is that they will move from being employees into a role more akin to contractors. Not employees, so not getting a regular salary and less perks and also less expectation of support and control by the Palace. Basically, they have quit their jobs but are offering to stay on as contractors and very very much want to control their own media. 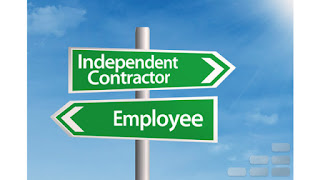 The U.K. press today is coming down hard on Meghan and Harry for their announcement. However, the Palace needs take some of the criticism. They could have done much more to support Meghan and Harry. Meghan especially has been subject to lots of abuse from the media. Admittedly, palace staff couldn't have done much to stop freedom of the press but could have issued supportive press releases of their own about the couple every now and then, and in doing so sent a message to the world and to Meghan and Harry "we've got your backs". Had the Palace done a better PR job for Meghan and Harry the situation may not have come to this dramatic turn of events.

Time will tell what the new roles will be and whether Harry and Meghan have made the right decision.