A short video has been posted today to the Duke and Duchess of Sussex's Instagram account @sussexroyal showing clips from the engagements from their 10-day African Tour. 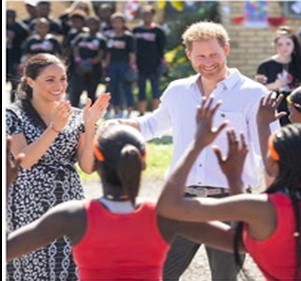 The couple thank everyone for following the tour and state how struck they were by the spirit and generosity of every community that they visited.

The clip is set to a soundtrack of a song being sung by the Soweto Gospel Choir which perfectly suits the dancing and hand clapping shown in the video.

I especially like the part where, what look like park rangers, are dancing away when being visited by Prince Harry and of course the star of the show  - adorable Archie!