- August 19, 2019
Exasperated by the constant barrage of malicious character assassinations almost daily in the press, those more recently about Meghan and Harry flying by private jet for trips to the med. and with these journeys seen to be in conflict with their promotion of environmental causes, Sir Elton John voiced his concern today for the well-being and safety of Duke and Duchess of Sussex.

Sir Elton likened their press coverage as similar to that suffered by Harry's mother, the late Diana Princess of Wales. Sir Elton referred to the unnecessary press intrusion that Lady Di was subjected to, as 'contributing to her untimely death'. In other words - don't let history repeat itself. 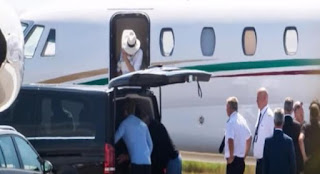 Environmental issues aside, these are strong words to the press from Sir Elton.